Towards the end of January we came across a bantam cockerel wandering around the entrance to one of our local woods. It was getting dark and we found the headless remains of another chicken nearby (presumably the result of a fox attack) so we decided to take the cockerel back to the house. Not wanting to put him in with our chickens straight away due to the risk of disease we made up a temporary bed for him in a dog cage in our garage. 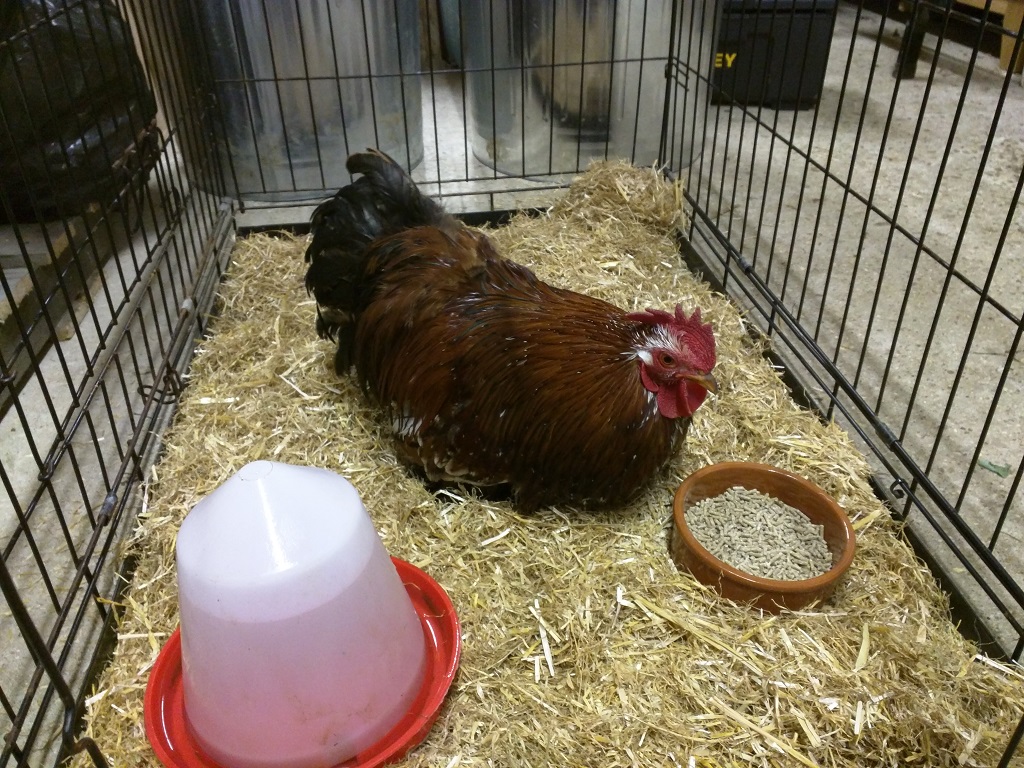 Over the next few days we put the word out around the village that we had a stray cockerel and even reported our find to the local police in case someone had reported a theft. No one came forward though and after a couple of weeks we eventually came to the sad conclusion that our little friend must have been dumped in the wood by his previous owner.

Whilst we were waiting to see if anyone would claim the cockerel we checked that he was free of any obvious diseases and let him wander around the garden when we were working out there to see how he behaved. Once he’d settled in we found that he was actually quite tame and would follow us around while we worked. Not wanting to keep referring to the bird as ‘him’ or ‘it’ we named him (Tiny) Tim in honour of his diminutive stature.

As the days turned into weeks and Tim remained unclaimed we introduced him to our three hens - Norma, Clemmy and Samantha - during the day, before moving him into the chicken coop full time. 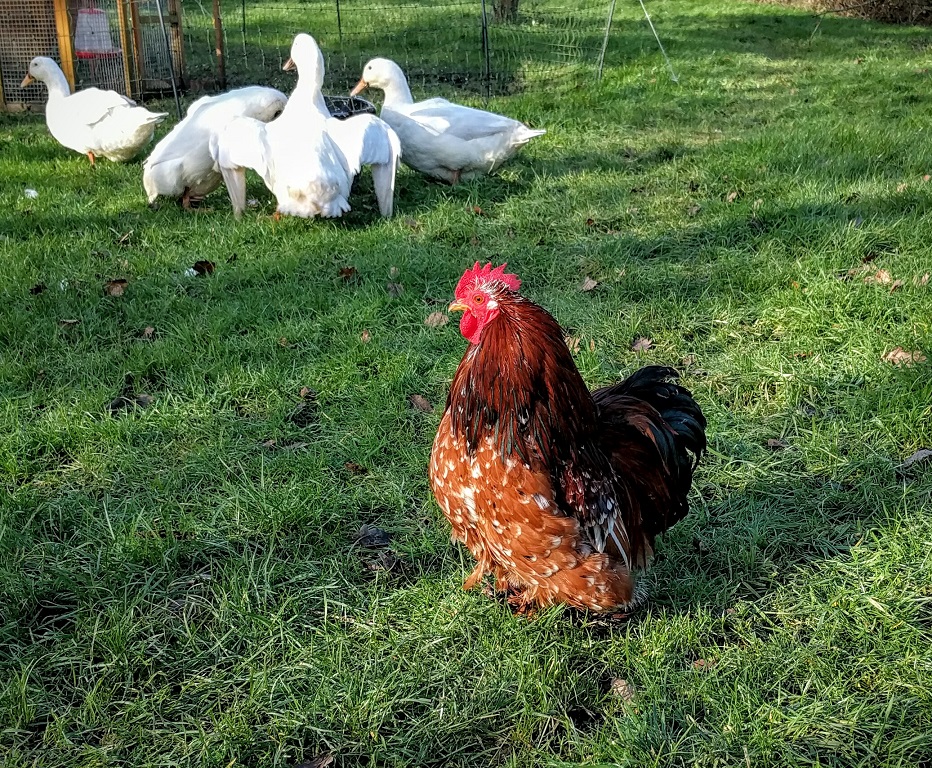 In the weeks since Tim took up residence in the coop he’s become a permanent fixture of our smallholding. He seems to be very healthy and, whilst he may only be half their size, he enjoys nothing more than chasing the hens around the run when they’re let out in the morning. We’re not sure of his age but he seems happy and healthy enough so he’ll hopefully be with us for some time to come.