After the flurry of activity in September, the last few weeks have been relatively quiet for us. The shortening days are the biggest factor in our winding down as, once each weekend’s essential autumn jobs (mucking out, collecting windfalls, raking up leaves) are finished, there are only a few hours of daylight left before it’s time to start lighting the wood burner and settling in for the night.

Despite the shorter days we have managed to squeeze in a couple of things that we thought might be of interest. The first of these is our experiment with overwintering a few field beans (similar to broad beans) and early peas in our polytunnel. 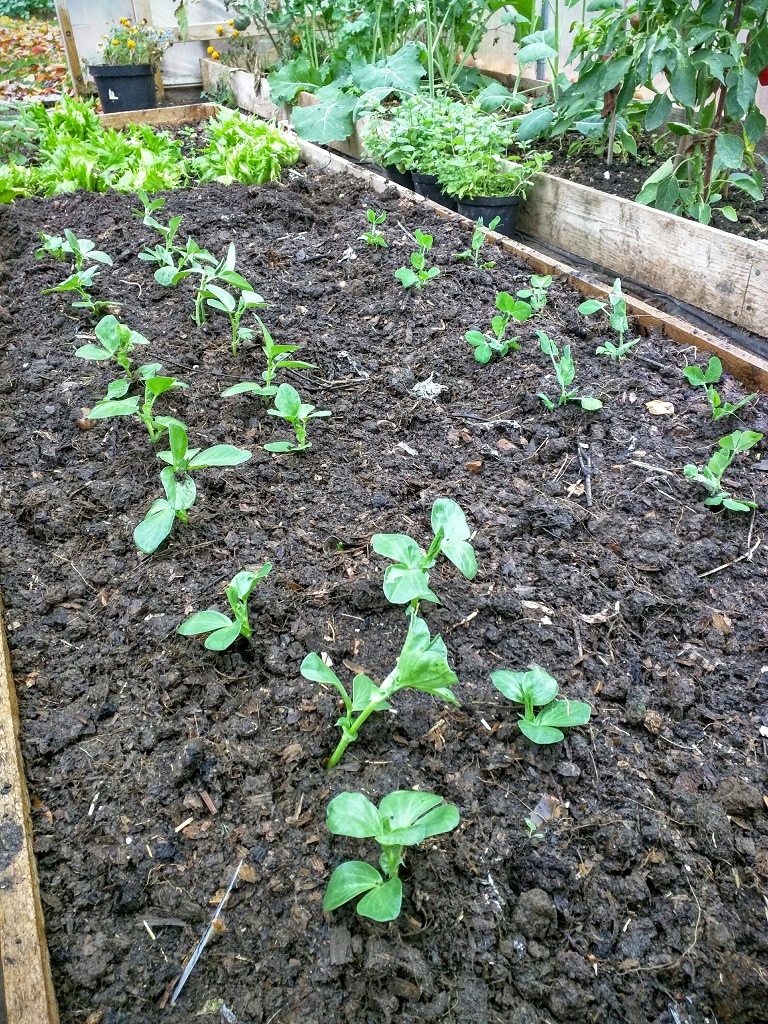 After starting both sets off in used toilet rolls in seed trays (which helps to deter the field mice from digging them up) we planted the seedlings out towards the end of October. As this is only our second year with a polytunnel we’re still working out how to get the best out of it all year round. Only time will tell, but by getting the beans and peas in now and using the polytunnel, we’re hoping that they’ll give us a really early crop when we’re otherwise short of fresh veg in the garden in the spring.

Our next bit of news is that the ducks have made a significant move up the property ladder in the last few weeks, as you can see below. 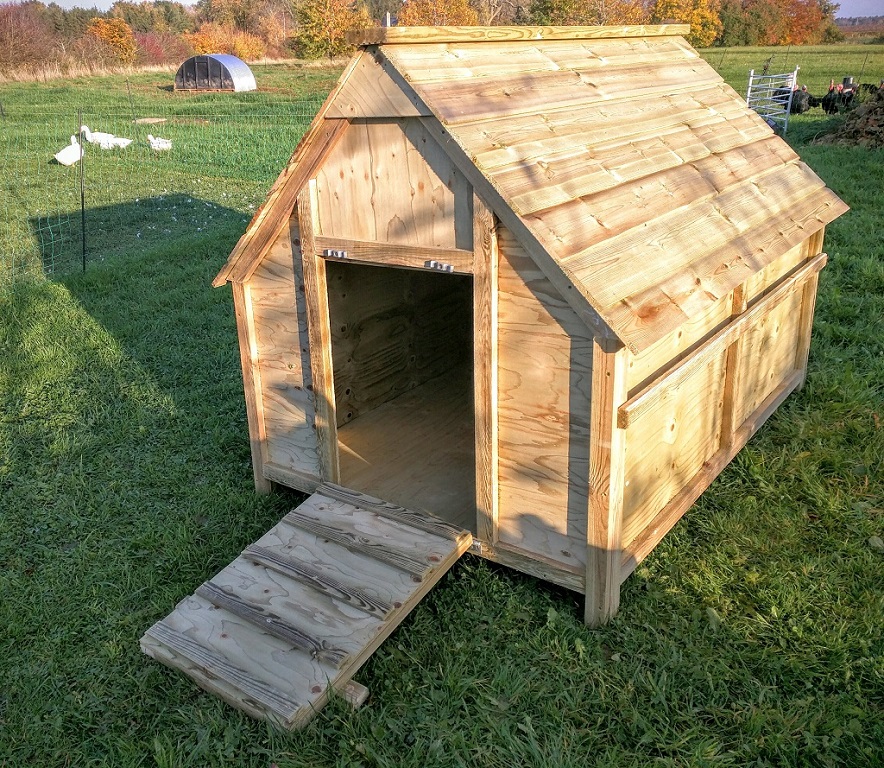 We decided to buy a bigger duck house for the winter as things were starting to get a little crowded for four fully grown Aylesbury ducks in their old house. The new house should hold up to 12 ducks so it will give us plenty of room to expand our flock in the spring. We've kept the old house as it will come in handy if we ever need somewhere to quarantine any new birds that we bring onto the smallholding. 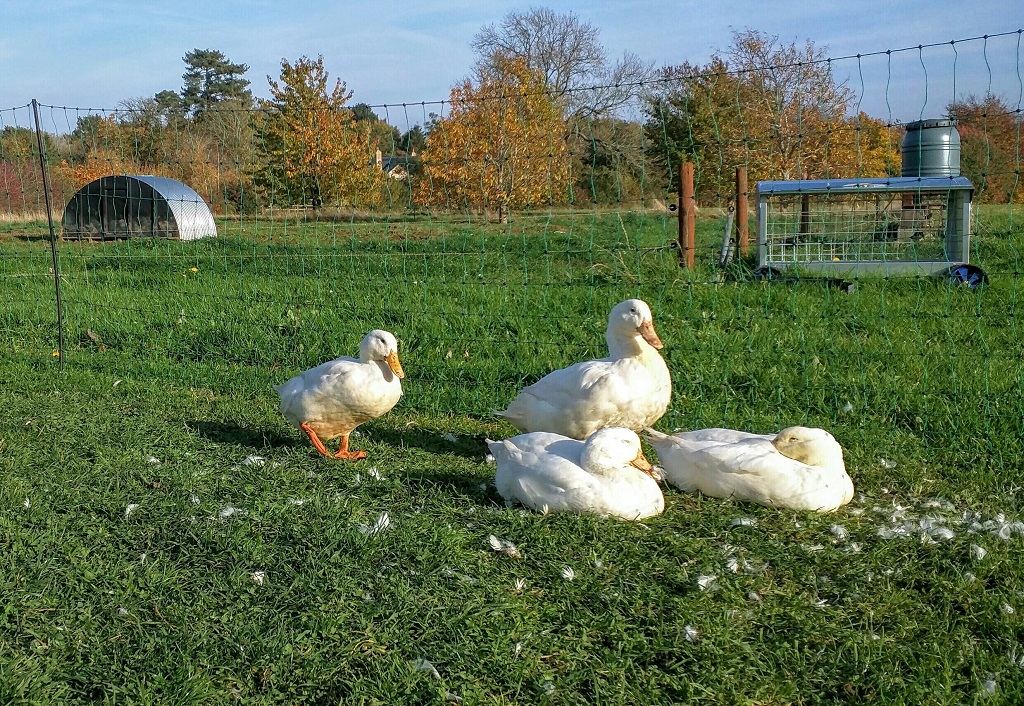 Looking back at the above photo it seems amazing that we had such sunny weather towards the end of October, particularly given the current spell of stormy weather. We'll hopefully have a break in the wind and rain at some point but for now we're focussing on indoor tasks. After juicing a lot of the windfall apples in the last couple of weeks it's time to start our first batch of cider. We'll let you know how we're getting on with that in our next update.