The starting gun for our growing season officially fired a couple of weekends ago when our heated propagator was retrieved from the garage to take its place on our dining room windowsill. After rummaging through the seed packets that we ordered in the depths of winter we decided to use our first round of propagator space to sow aubergines, sweet peppers, cutting celery (all of which are new crops for us), plus four different varieties of tomato that we grew last year and saved the seed from. 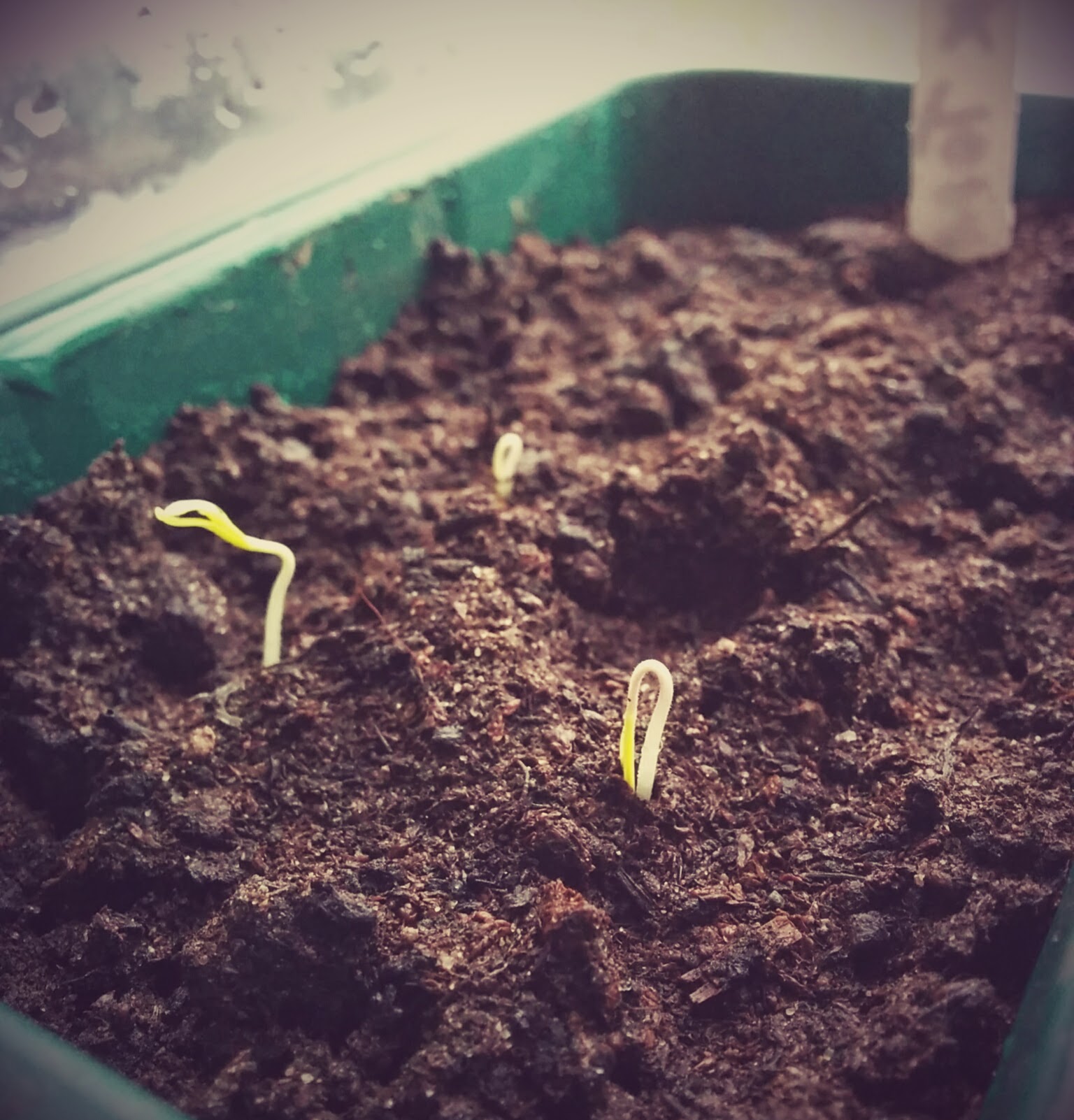 It's now been a little more than a week since we turned the propagtor on and most of the tomato seeds seem to be off to a flying start. The above photo was taken six days after sowing, just as the first seedlings poked their heads above the compost. They've thickened up quite a bit in the last couple of days and, with any luck and a bit of care, they'll hopefully reproduce the successful crop that we had from last year's plants. 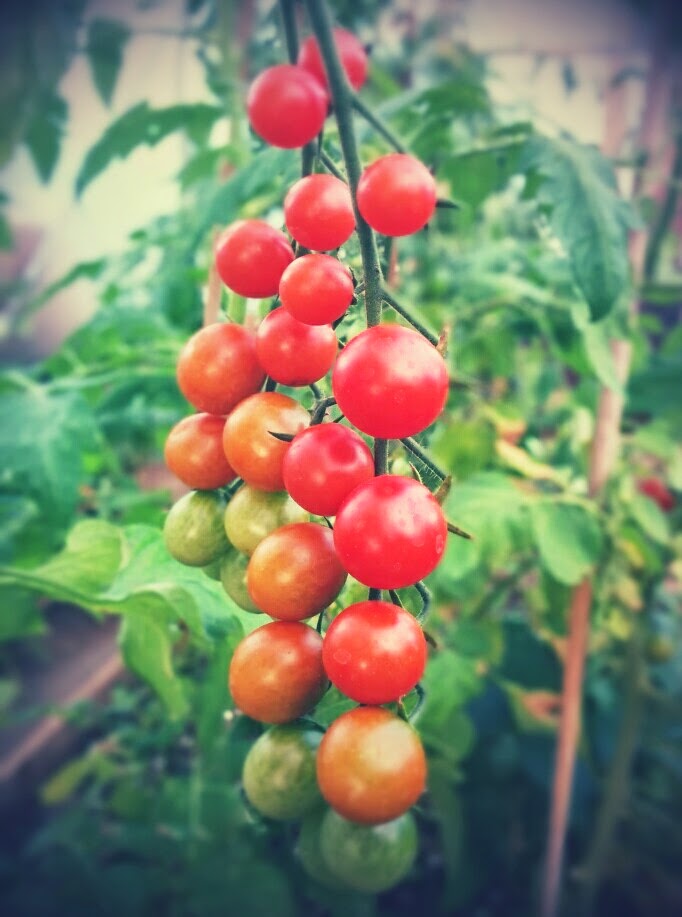 Whilst we’ve exhausted our propagator space for a couple of weeks there are still a few other seeds to sow at this time of year. Broad beans are one of Gillian's favourite vegetables and are a great early season crop as they’ll quite happily germinate in the ground in February. We've sown a dozen of them so far, although to avoid the risk of the mice digging up the freshly planted seed we've decided to germinate them in compost filled toilet roll tubes in the greenhouse rather than sowing direct. It's the first time we've used this approach so it'll be interesting to see whether it works, but we can see the benefit of being able to plant the toilet roll tubes straight into the ground once the seedlings have established themselves, rather than disturbing their roots by pricking out from a seed tray.

We have a couple of other crops dotted around the green houses / veg patch at the moment but, as those are a bit more established and interesting to look at I'll save telling you about those for another day, hopefully after I've been able to get a few pictures of them in the sunshine that's forecast for this weekend. Spring might just be on its way!