One of the biggest surprises (and I do mean BIG) that we've had since moving to our new house is a squash plant that's growing out of a compost heap near our main veg patch.

It appeared, or at least we first noticed it, around the middle of August after we cleared the patch of the chest-high weeds that had taken hold before we moved in. A couple of weeks later we noticed what looked like a courgette plant growing out of the compost heap at the back of the patch. Not knowing exactly what it was we decided to leave it to its own devices and see what happened.

Well, since then the 'courgette' has gone a bit beserk and taken over most of the veg patch and the pile of grass clippings next to it.

It turned out that it's actually a type of summer squash (no idea of the exact variety) that's incredibly prolific, providing us with as many bright yellow fruits as we've been able to eat or give away to friends and family.

Things even got a little out of hand whilst we went away for a long weekend last month. On checking the veg patch when we got back we found several monster squashes that we've still not fully used up. The way things are going we're thinking of using one or two of them as substitute 'pumpkins' for Halloween! 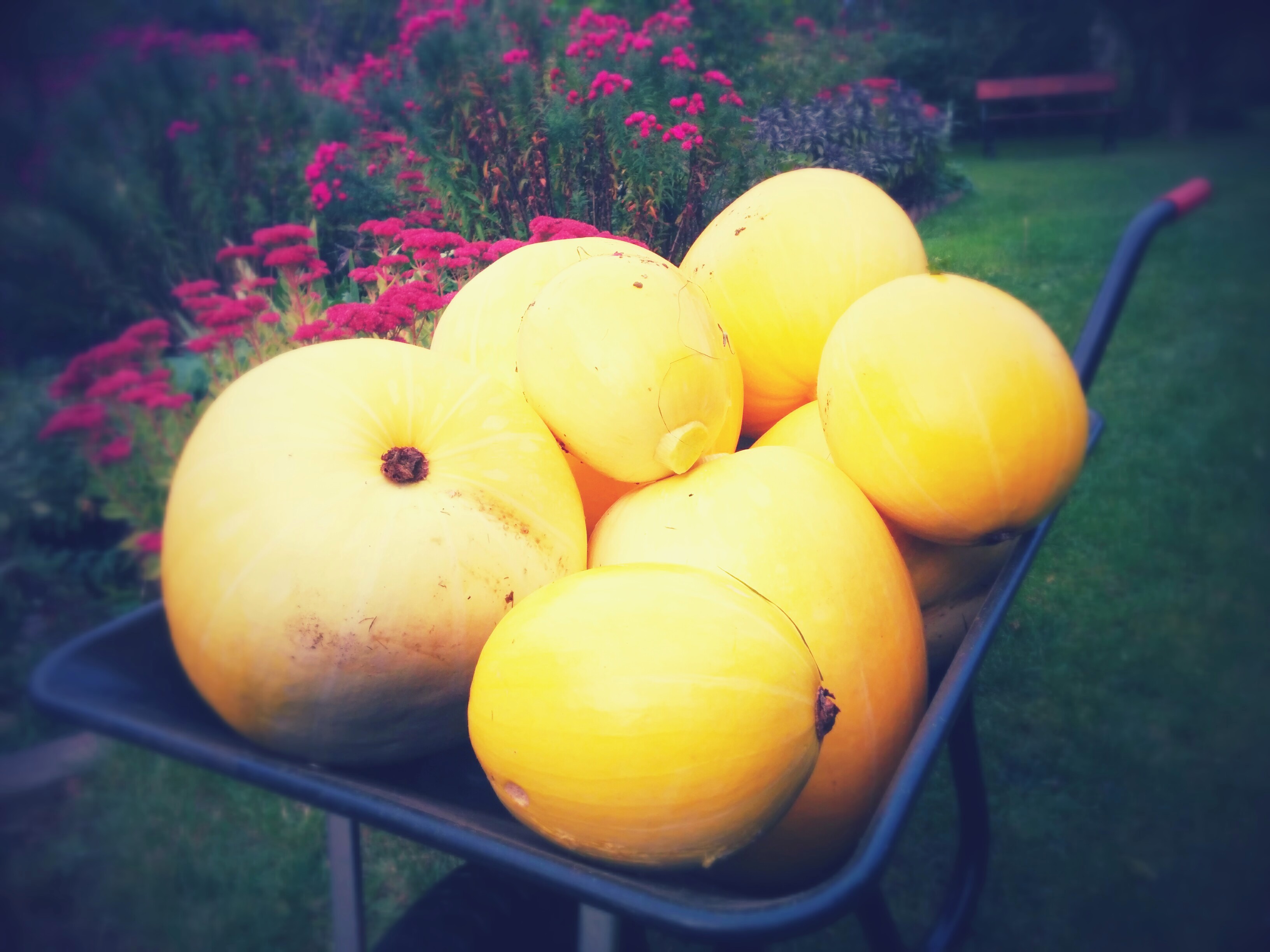