Regular readers will know that we hatched out three Cuckoo Marans chicks towards the end of last month. Being slightly disappointed with only getting three chicks from a dozen eggs (and realising that we had two cockerels and one hen) we decided to look around and see if we could grow our flock in other ways.

Whilst scouring the internet we spotted an advert from a poultry breeder in Derbyshire for six Cuckoo Marans pullets that were around 12 weeks old. After a three-hour round trip to collect the birds we moved them into their new home (the poultry shed where we normally keep our turkeys) and left them to get used to their new surroundings. The photo below was taken as we opened the door of the poultry crate and the chickens took their first steps in their new home. 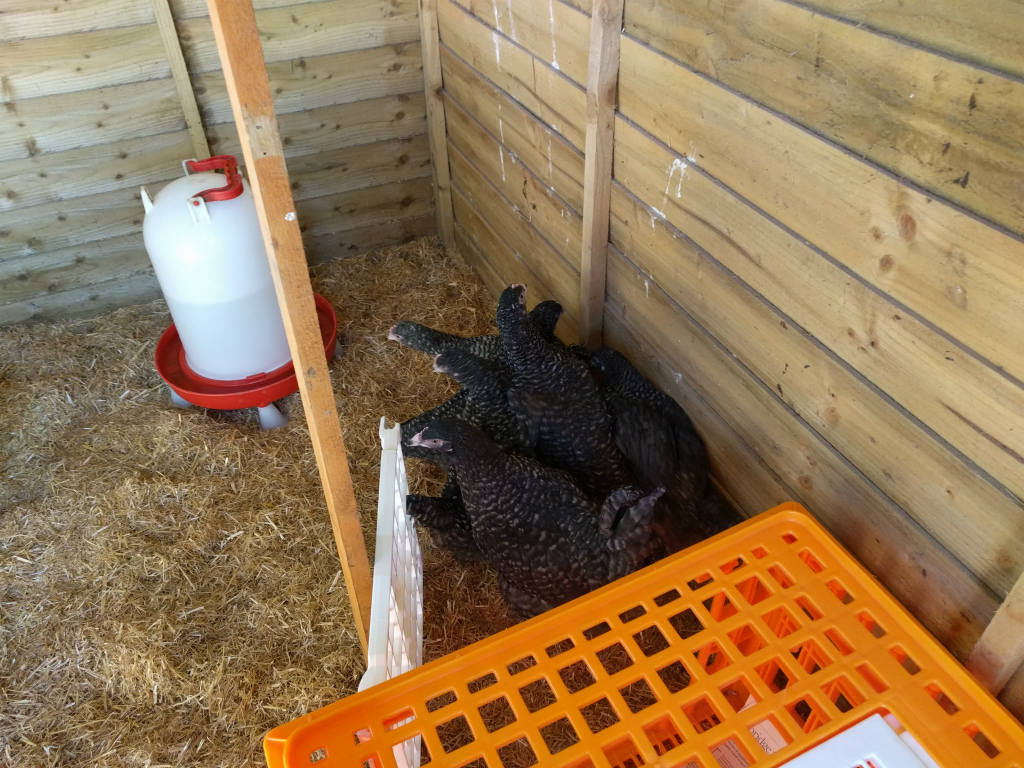 Since moving-in a week and a half ago the chickens have settled in and seem to be doing well. They're quite timid and so we need to work on getting them used to being handled a bit more, but they otherwise seem to be very healthy and content.

In other chicken-related news, the chicks that we hatched out ourselves have grown a lot in the last few weeks and are now large enough to go outside on warmer days. We took the following photo when we put them out into the garden for the first time. You'll notice that they're still penned up, but that's for their own safety as we have cats, foxes and even sparrowhawks frequenting our garden from time to time. 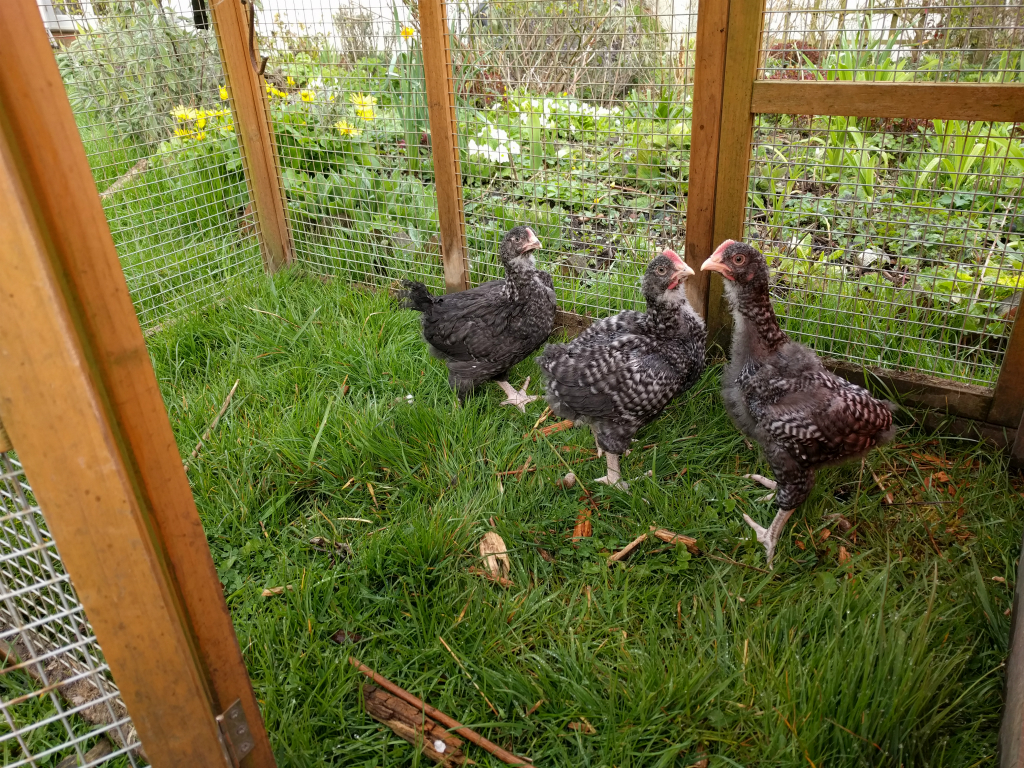 In a couple of weeks time the chicks will be fully feathered and large enough to join the other Marans in our field. At that point we'll have three cockerels and six pullets which, once we've selected our breeding cockerel, should give us a great starter flock to build on over the next couple of years.