What a week! In only a few days we’ve gone from keeping just three chickens to three chickens, five pigs and two ducklings. If you’ve been following along with our Twitter account (@limesendcottage) then you’ll have an idea how busy things have been, but now that we’ve had time to catch our breath we can give you a proper update. There’s quite a lot to cover so, rather than do one mammoth post, we’ll focus on porcine matters for now and leave the waterfowl for another day.

Our piggy adventure started last Saturday morning with a short drive to see the Barleyhill Herd of Oxford Sandy & Black pigs and collect the five boars we’d reserved some weeks ago. With a bit of help we had them all tagged and loaded into a borrowed dog crate in the back of our Land Rover in a few minutes and back to our field shortly after that. It really helps having a registered pig breeder living just a short drive away. 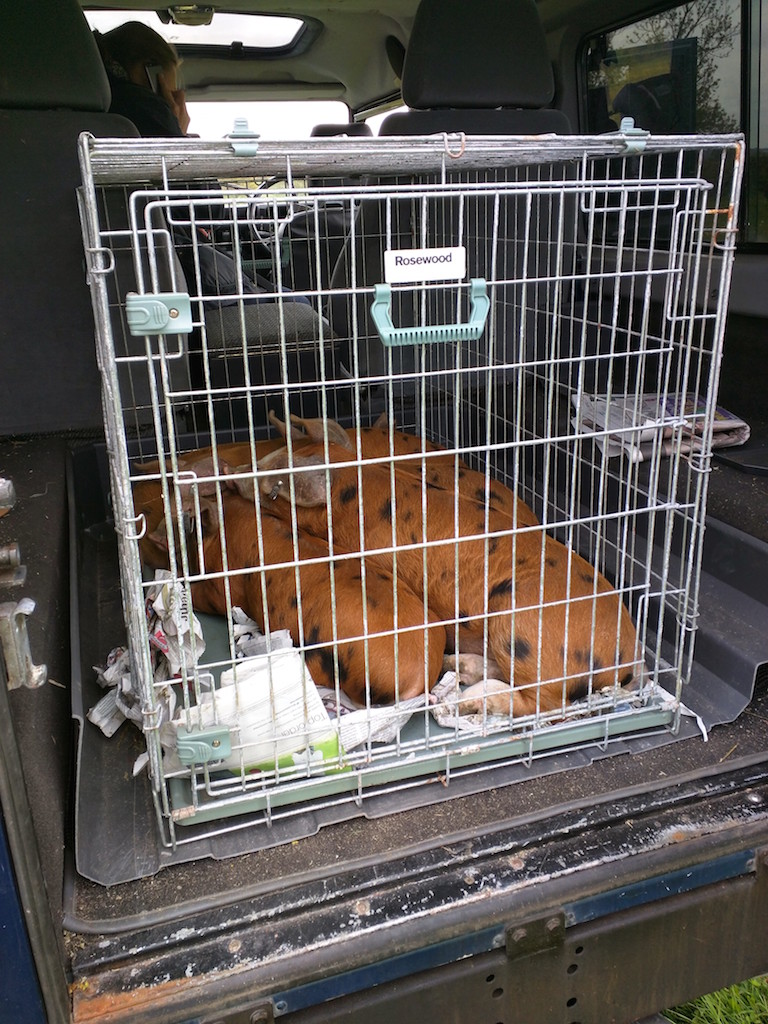 We’d made a small pen out of sheep hurdles to introduce the pigs to the electric fence around their new paddock. Not wanting to risk an immediate mass escape we started by putting just one of the pigs into the pen to see what would happen. Not a lot as it turned out. The pig stood stock still, obviously slightly confused about where it found itself and made no move towards the fence. Thinking that some company might make the first pig a little more active we added a second pig to the training pen. This had the desired effect of making them move around more but also revealed a crucial problem with our electric fence.

After a couple of minutes of exploring (and one or two minor zaps from the fence) the second pig managed to squeeze through a small gap between one of the hurdles and the electric fence and headed out to inspect the rest of the paddock. Whilst this wasn’t too concerning at first, after a few more minutes the pig reencountered the electric fence and, much to our surprise, happily ambled through it seemingly oblivious to any electric shocks.

Worried that the pig might decide to explore further and make its way into a neighbouring field I went into full human sheepdog mode, sprinting in my wellingtons (not recommended) to head off the pig before it got too far. After around 10 minutes, and with me completely out of breath, the pig seemed to get bored of the game and, just as easily as it had escaped, wandered back through the electric fence! A couple of minutes later I managed to herd it back into the training pen and quickly lift it back into the Land Rover whilst we thought about what to do.

The fence clearly wasn’t packing enough ‘oomph’ for the pigs to pay attention to it so the only answer was to pay a visit to our local agricultural merchants to buy a more powerful energiser. After a quick trip to the shop and back we connected up the new energiser to the fence and nervously unloaded a test pig back into the training pen. A few minutes, and a couple of squeals later, we were a lot more confident that the fence was doing its job so we set about unloading the rest of the pigs. 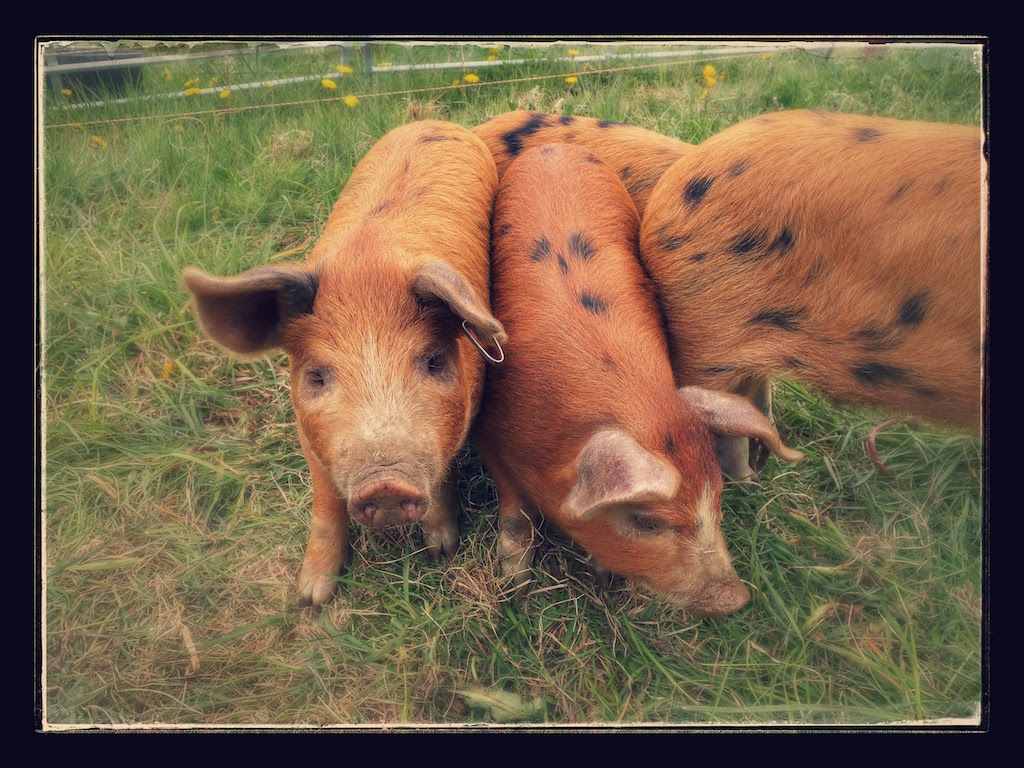 Just over a week has passed since then and we’re very pleased to say that there have been no more escapees and the pigs seem to be doing really well. We now have them trained to follow a feed bucket (helpful for recapturing if they do escape) and they’ve got the hang of their automatic drinker. They’re still a little cautious so we’ve got a bit of work to do to get them used to being handled, but other than that we’re really pleased with our first four-legged livestock and how they’ve settled in.