It's been six months since we did our last full hive inspection so the recent warm weekend gave us a long-awaited chance to see what the colony had been up to over the winter. The bees had ideas of their own though; rather than waiting for us to open up the hive they decided that Saturday morning was the ideal time to swarm!

As this is our first spring with bees (we didn't establish our first hive until mid-summer last year) we knew that swarming was a possibility, but were definitely caught off guard as we noticed a gentle hum coming from a large cloud of bees moving across the field. After a quick bit of running around to get a cardboard box and our second hive (purchased for such an occasion) out of the garage, we found the swarm in a hedgerow about 50 meters from the first hive. 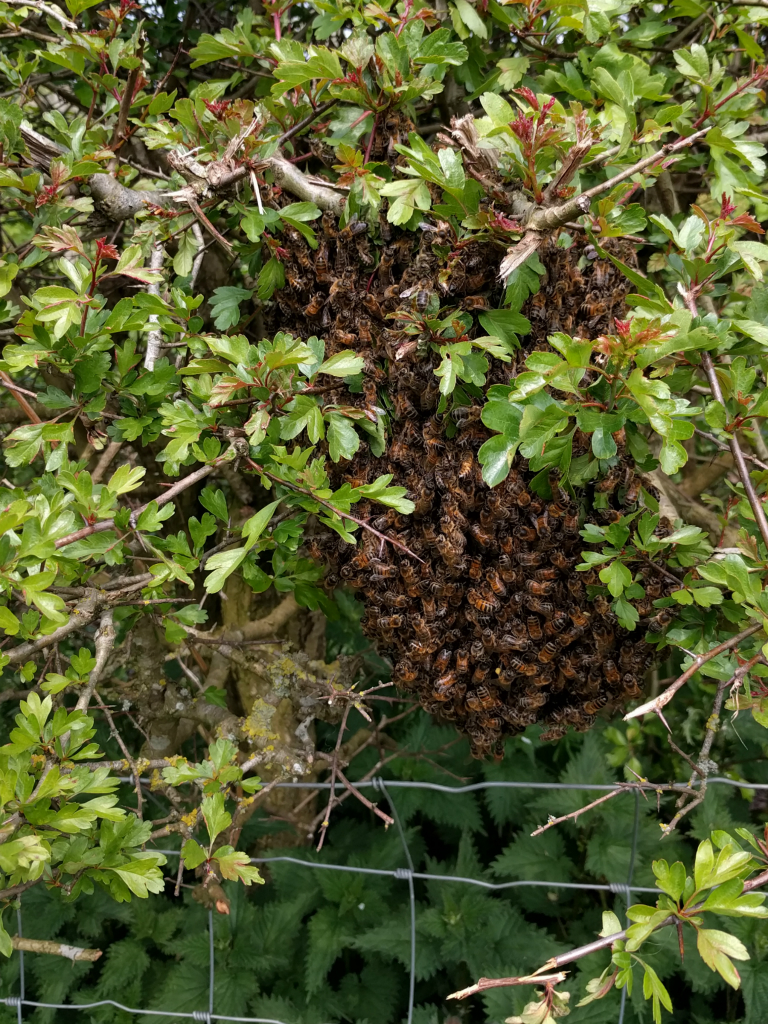 Positioning the cardboard box under the hive we shook the branch the bees were resting on until most of them found themselves in the bottom of the box. Feeling a little pleased with ourselves for capturing a swarm it was then just a case of knocking the bees out of the box and into their new home... or so we thought.

In the end we had two goes at putting the swarm into the new hive, neither of which were successful. The first time they left the hive and went back to the same part of the hedgerow. The second time they left the hive again and seemed to disappear altogether. Thinking we'd lost the swarm there wasn't much we could do apart from calling it a day and doing a full hive inspection the following morning to see how many bees we had left. 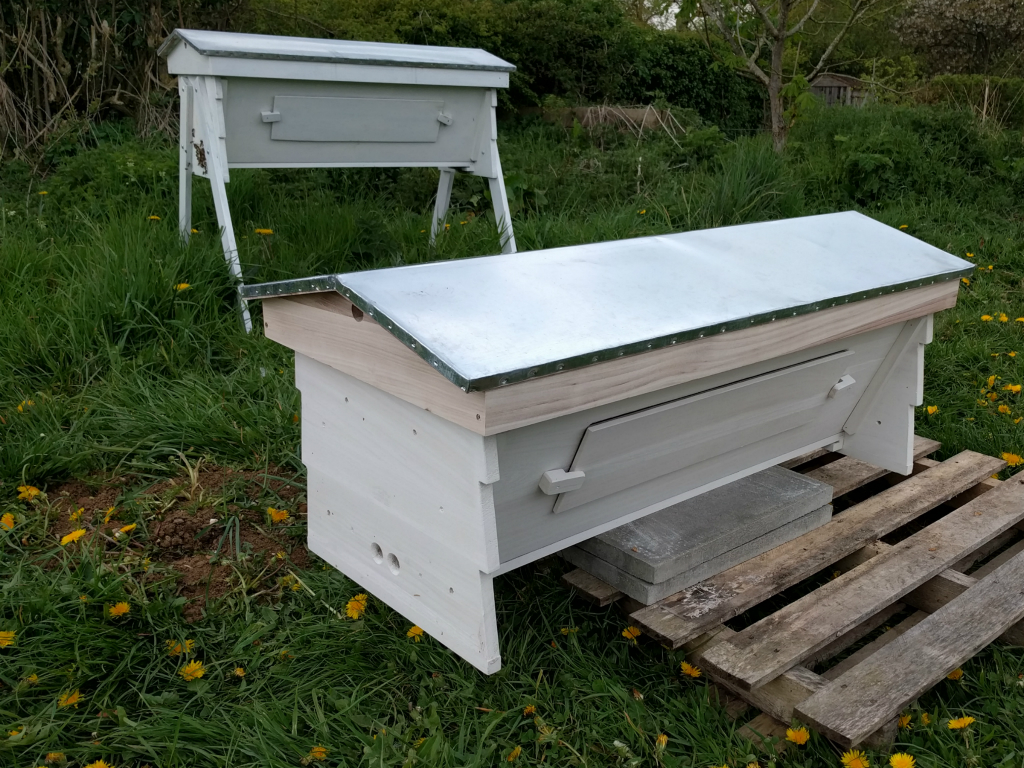 Working through the hive the following day it was clear that the bees had been a lot busier than we'd thought. Whilst they didn't have a huge stock of honey (the local oilseed rape has only just come into full-flower) there was plenty of brood and a number of queen cells, including the partially formed one in the photo below. 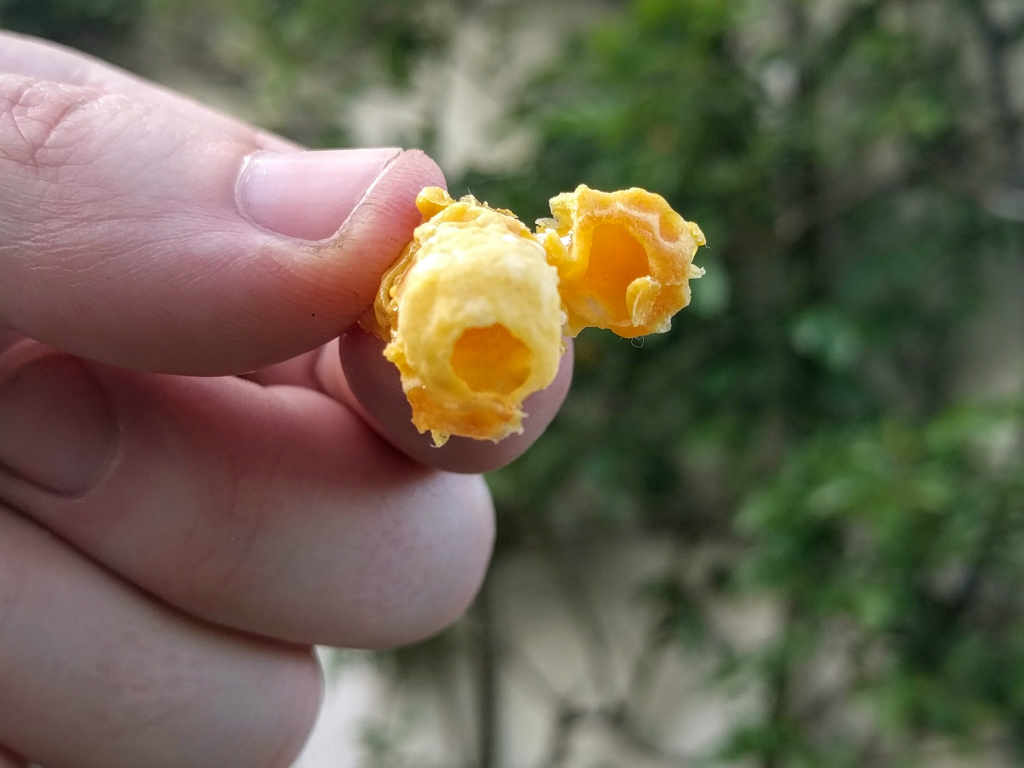 About halfway through the inspection we had a big surprise - the old queen was still in the hive! After the previous day's excitement we weren't expecting to find her as she should've left with the swarm. The only explanation we can think of is that the swarm was abandoned after our second attempt at hiving them, with the old queen and the rest of the swarm returning to their usual hive. This would fit with us not being able to relocate the swarm after our second hiving attempt.

Glad not to have lost any bees after all, and now faced with the presence of a mature queen bee and several queen cells in the old hive, we decided to move the old queen into the new hive with a couple of frames of brood and stores. This will hopefully convince her that she's swarmed and that the new hive is now her home. If all goes to plan a new queen should hatch out from one of the cells in the old hive in the next few days, giving us two colonies to build up over the rest of this year.

Whilst we wait to see if that happens we get to enjoy a treat of some of honeycomb that had to be cut away during the hive inspection. It's not fully ripe but will taste just as good when it's spread onto some buttered toast. 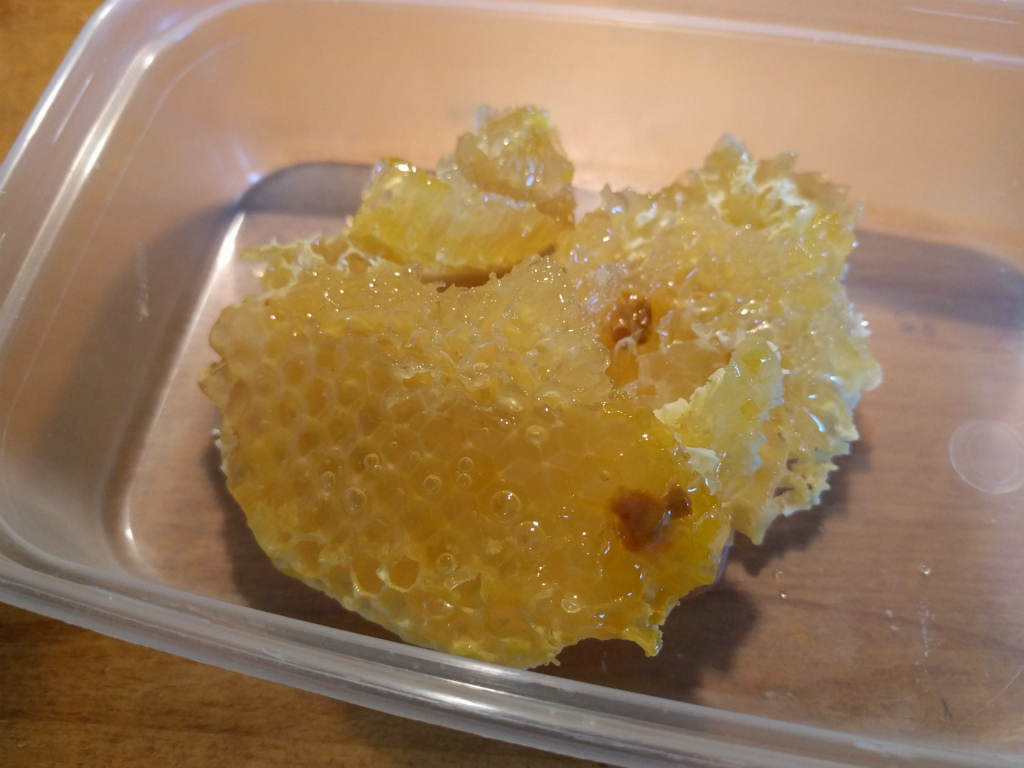