It's been ten days since we started to incubate our Aylesbury duck eggs so we thought we'd update you on how they're doing.

After a week we candled the eggs for the first time and found that one of the six was unfortunately infertile and so had to be removed from the incubator. Any failed eggs need to be removed as they will eventually go rotten and possibly explode inside the incubator, covering the other eggs in bacteria which may harm their development.

Of the remaining five eggs, we could see that three were developing well but we were unsure about the other two. Rather than accidentally discarding healthy embryos we decided to leave these for a few days and candle them again to see how they'd developed.

Candling the eggs again this morning we could see that one of the eggs we were unsure about has stopped developing. You can see a photo of it being candled below. 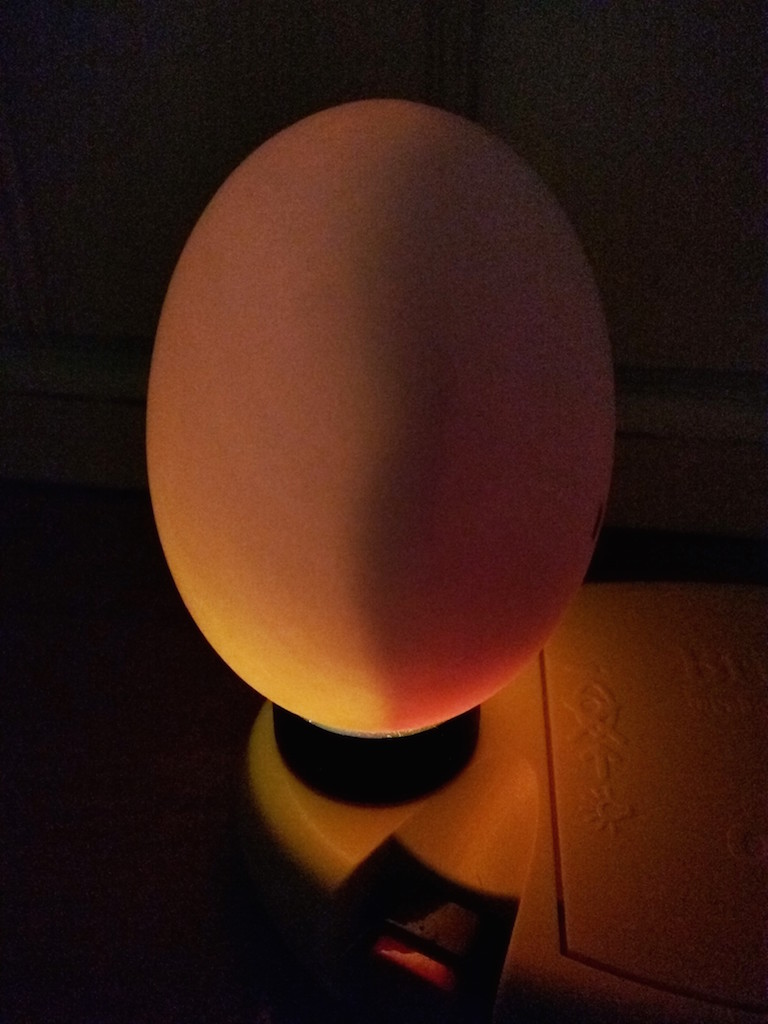 The dark part of the egg is the partially developed embryo - by now this should be filling most of the egg apart from an air sack at the fat end of the egg. As it's only filling around half of the egg the embryo must've failed at some point during its early development.

So now we're down to four eggs... three that we're confident are developing well and one more that we're still unsure about. We'll leave the latter in the incubator for a few more days to see how things go.