The first day of March marks the official start of spring in the meteorological calendar but things have already started to get a little busier for us as we gear up in anticipation of longer days and warmer weather. After the long dark evenings of winter the lengthening days are welcome, but they seem to be being matched by growing to-do list as we race to finish off our winter jobs whilst preparing for the new growing season at the same time.

If the recurring theme of our first winter at Limes End Cottage was livestock fencing then the theme for this winter has definitely been tree pruning. The mature apple, pear, damson and cherry trees that we have in the garden are a key part of our smallholding but many were in need of pruning after a few years of being left to their own devices by the previous owners. Over the last couple of months we've steadily been tackling each of them, taking out any crossing branches or those that were overhanging our veg patches. The result has been a growing woodpile in the field which, once it’s all split and dried, should hopefully see us through most (if not all) of next winter. We’re thankfully just about finished now as the cherry and apple trees are starting to come back into bud, a sure sign that the sap is rising and the time for winter pruning is over. 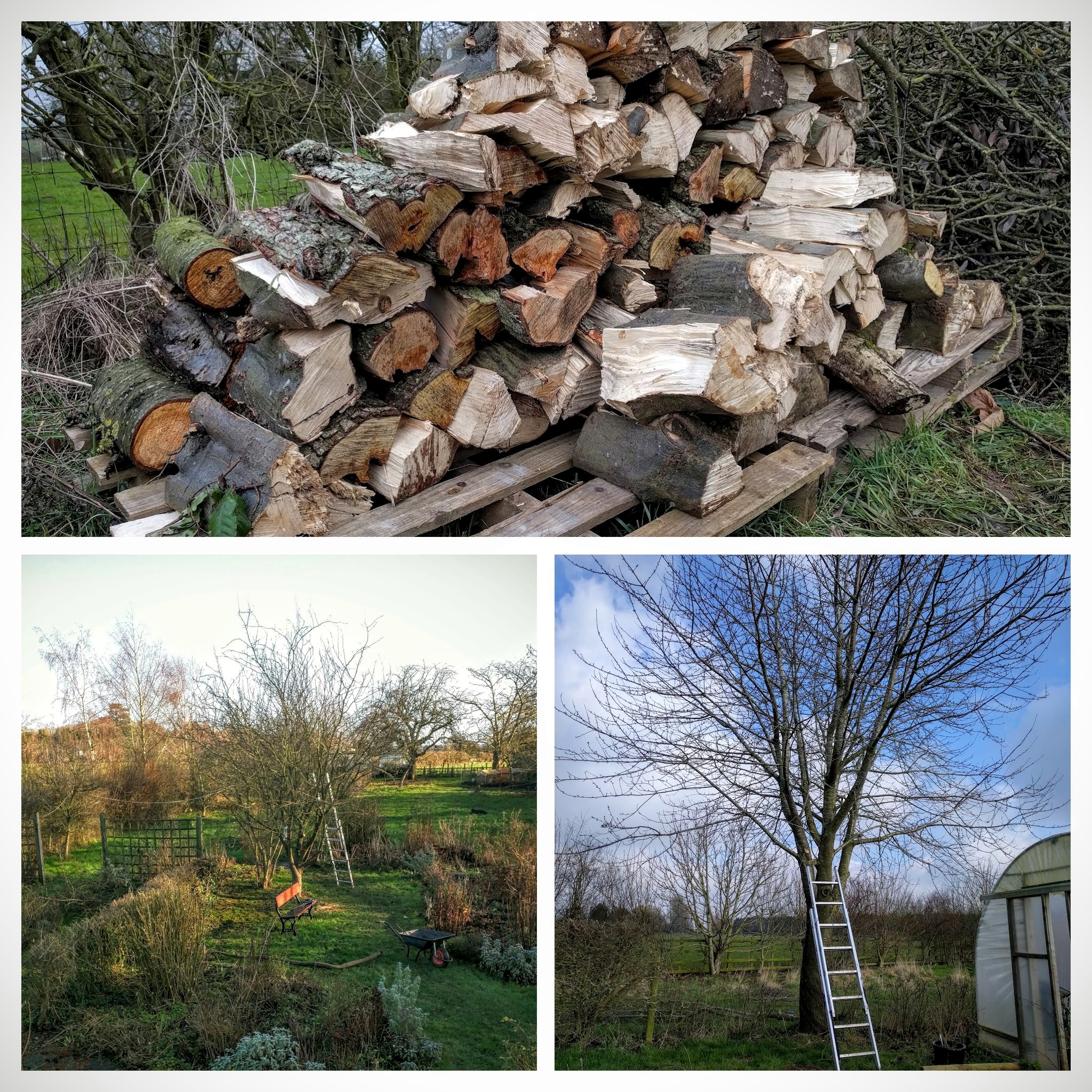 Another one of this winter’s tasks has been bringing one of the greenhouses back into working order. We’re not sure how old it is but it was missing a few panes of glass, the brick base was (and still is) in need of a good amount of TLC, the door wouldn't stay on its runners and a grapevine had been left to scramble over everything inside. We found that the metal frame is still in good condition though so rather than knock it down we decided to work with what we had. A few panes of glass, some mortar and the removal of the grapevine has left things looking a lot better. We’ve added some new staging in the last couple of weeks and are now using it to finish overwintering our cauliflower and broccoli plants before they’re planted out in the veg patches. It should be a useful space over the summer when all the space in the polytunnel has gone. 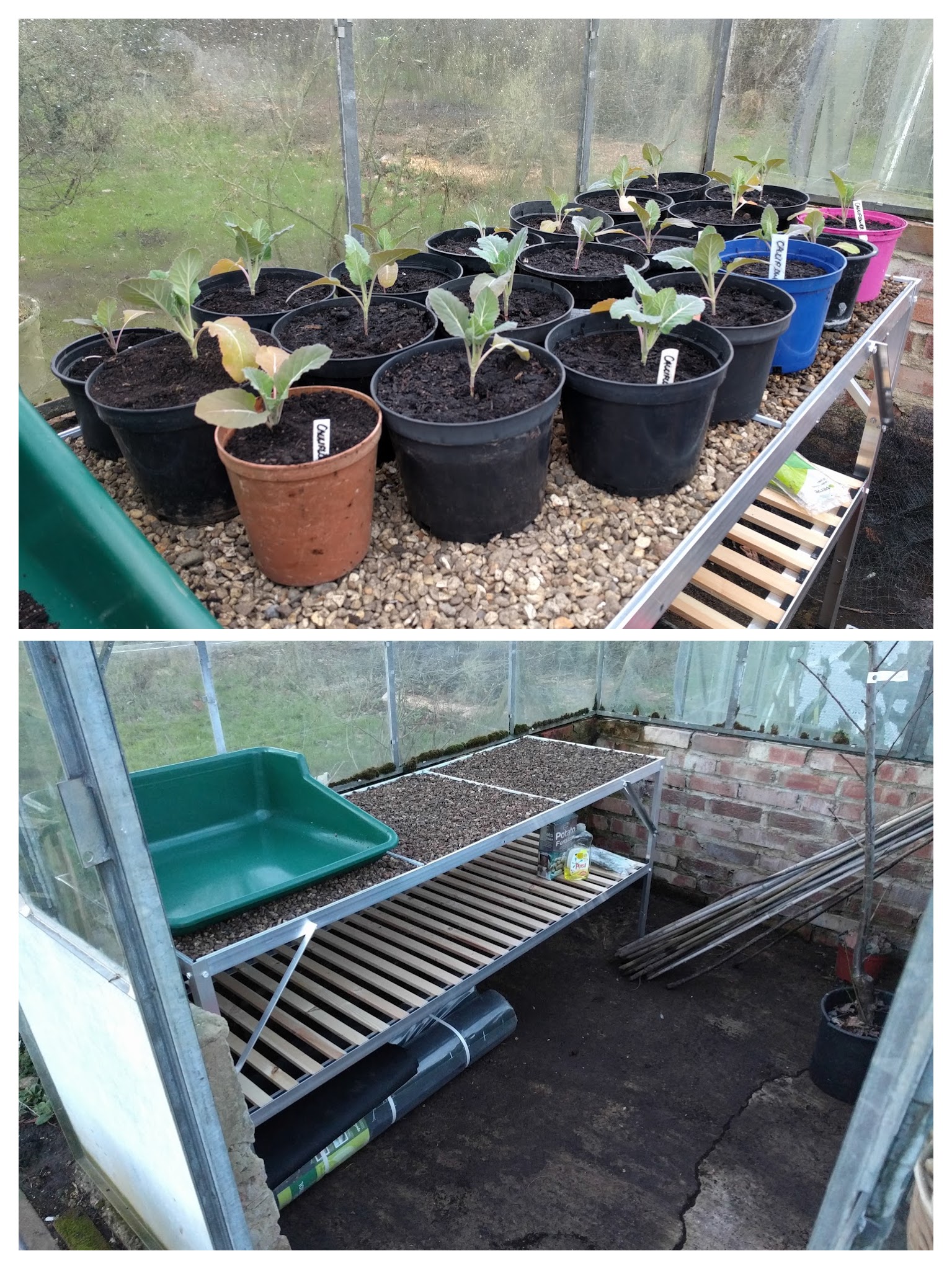 Away from the garden we’re a bit more focussed on preparing for the warm sunny days that we hope are just around the corner. Our windowsills are increasingly full of tender seedlings that we started to sow in a heated propagator back in mid-February. We also have some hardier seedlings (broad beans, dwarf peas and mangetout) germinating in the polytunnel that will be ready to plant out in a couple of weeks.

On the livestock front, we’re now two-thirds of the way through hatching out our first group of Cuckoo Marans eggs which we hope will be the start of a small breeding flock that we’ll keep for both eggs and meat. From next weekend we’ll hopefully have around a dozen little chicks to feed and keep warm until they feather up and can be moved into the field. As soon as we've managed to get a few photos of them we’ll post them up here and on our Twitter feed.