One of the things we lack most around our smallholding is storage space. As far as we know no livestock has ever been kept in our field so we lack some things, such as barns or outbuildings, that many smallholdings are lucky to have.

When we picked up a secondhand ride-on lawnmower earlier in the year the obvious question was "Where are we going to store it?" We could've left it outside under a tarpaulin but that would still leave it fairly exposed to the elements. Also, since we started keeping pigs, we've had to make room for several bales of straw that we use for their bedding. When the turkey shed was empty earlier in the year we used it for keeping the straw dry, but during the six months of the year when we have turkeys in residence this isn't an option.

To make some extra space we decided to add a lean-to shelter to our turkey shed. Thanks to Matt's Dad's carpentry skills the whole thing was finished in a day - you can see the end result below, which we're very pleased with. 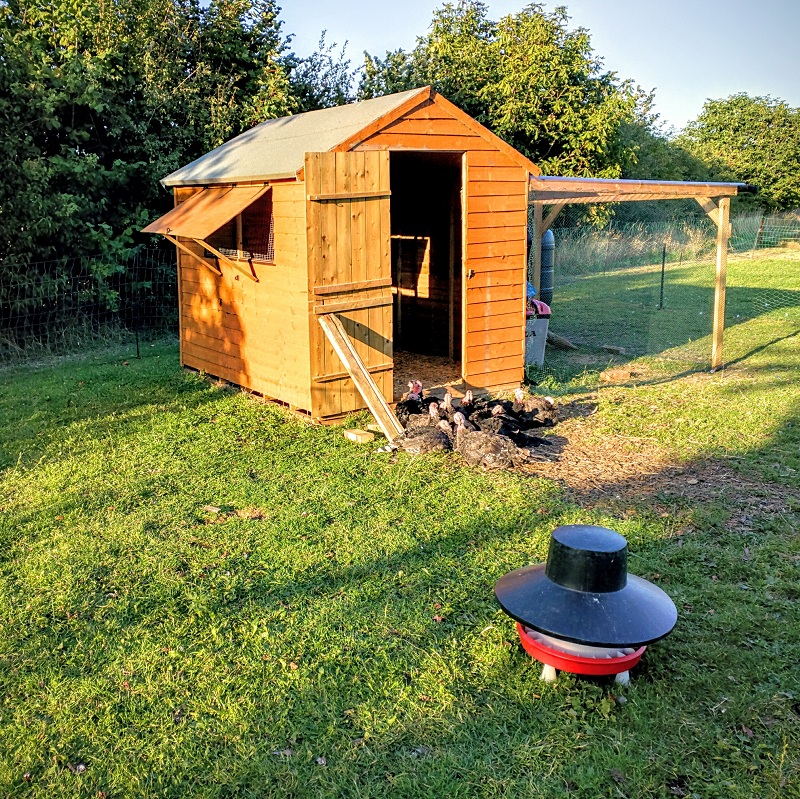 Thanks to some leftover rails from the stock fencing that we had put in earlier this year the build was pretty inexpensive. We only had to buy corrugated plastic sheets for the roof, plus a water butt and some guttering to catch rainwater run-off. The final touch was to add some netting around the sides to stop the turkeys from roosting on top of the lawnmower when it's parked away.